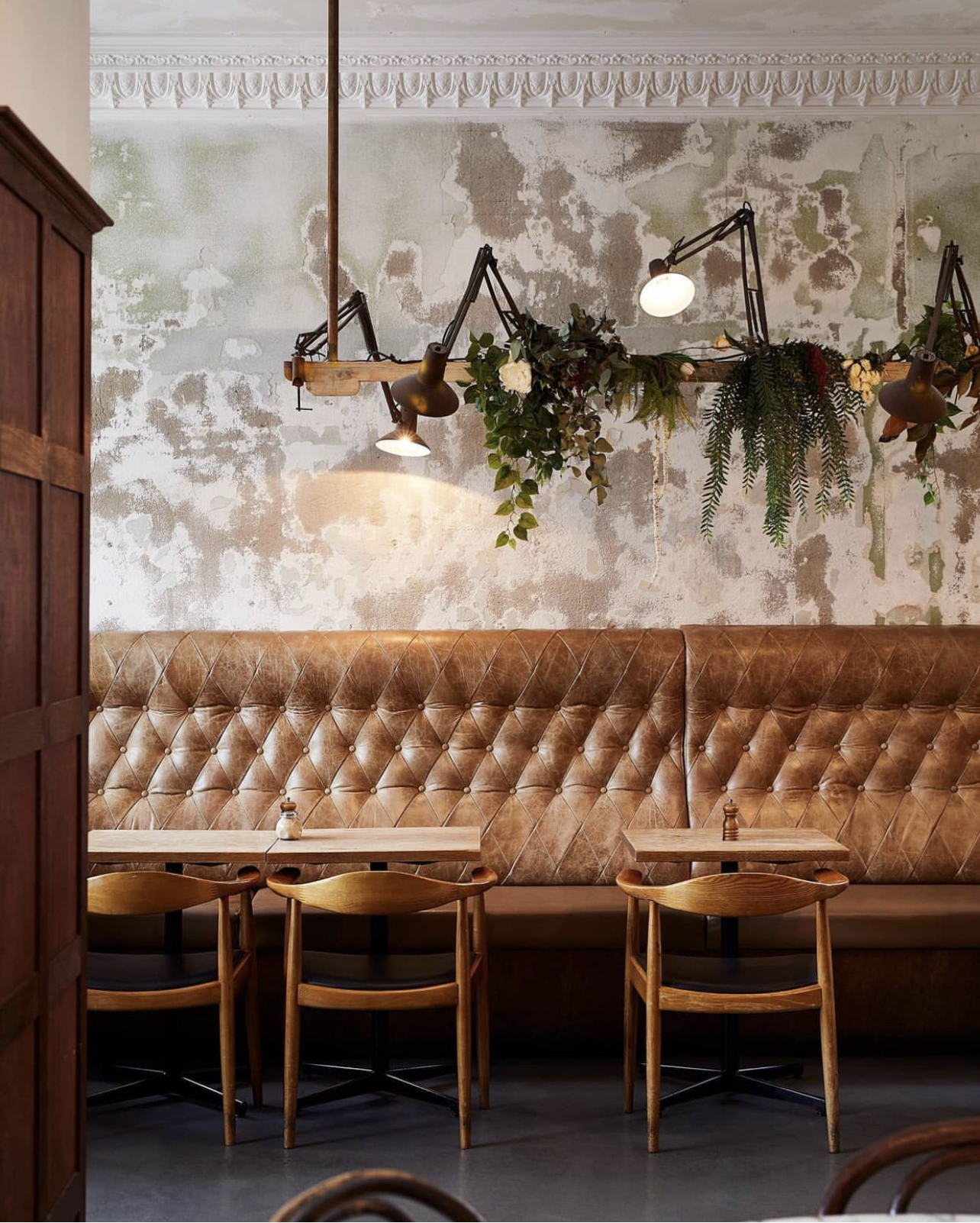 Little Henri is not really so little…..but a rather spacious place built as a nod to the balance between old and new that Melbourne is so well known for.

Little Henri pays tribute to local history in its name, settings, and design.

NAME:  Until 1994 Thornbury was a part of the lovely City of Northcote and, in a nod to that shared history, Little Henri is named after Sir Stafford Henry Northcote himself — or ‘Little Henri’, as we liked to call him.  He was the 3rd Governor-General of Australia (1903-1908)  and was dedicated to, and influenced Melbourne’s development and culture.

LOCATION: Right at the top end of High Street, at the junction of Dundas and High Streets and Plenty Road, look for a corner where little silhouettes of a boy run along the walls. Here, you have found Little Henri. Once inside, the space opens up like you wouldn’t expect from the street; high ceilings, a beautiful round counter , and a backyard that is just asking to be brunched in make this cafe unsuspectingly sizeable.

DESIGN: The cafe is a converted bank and still has the original safe door.  It’s exterior and interior reflects rustic and distressed finishes and yet is trendy, sleek and sophisticated in its simplistic design.  An interior with deep textures complementing a mix of earthy furnishings combined with natural lighting, and an exterior of a covered courtyard as well as a large leafy open courtyard emanates a welcoming and relaxed ambiance.

While honouring the past, Little Henri also ensures that it caters for the trends and needs of the present by providing excellent food, drinks and service.  It is all these features combined that make Little Henri not only a great eatery by day but has become a popular function venue by night to celebrate all sorts of occasions including weddings. So whether you are in the mood for a quiet and relaxed coffee/meal break, or a get together with friends, or a meeting with colleagues, or to celebrate a major occasion Little Henri is the place for you.

Closed on TUESDAYS until further notice